The Cure of the Earth

“Love of life is the guide and motivator of ecological healing on Earth. Next comes learning how to put that love into action. How do we do that for that most alive of all places, the Amazon?” 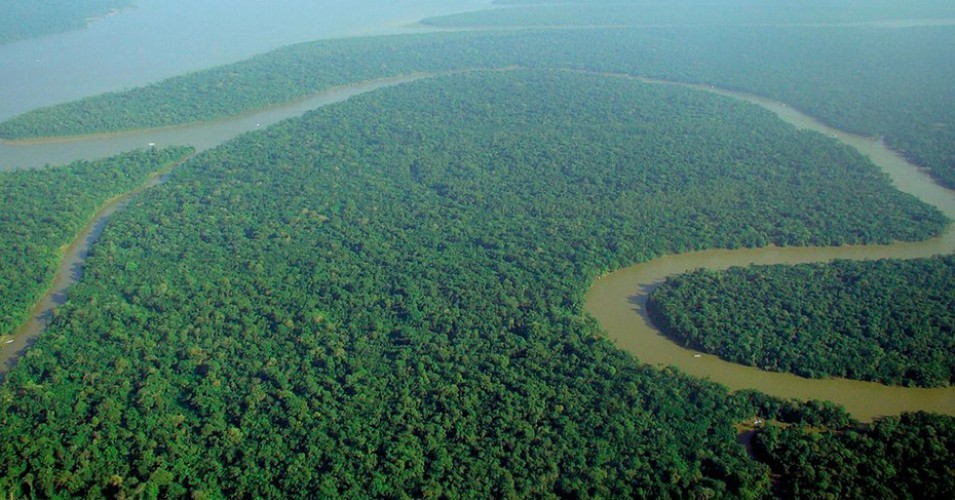 “Those most capable of loving the Amazon are its most intimate companions: the people indigenous to that place, the cultures who have lived in and with it for thousands of years. That is why rainforest conservation and healing must be in intimate dialogue with the people who steward the land. They themselves understand this principle; hence the concept Brazil’s Indigenous people use to describe themselves: “Cura Da Terra” (the Cure of the Earth).”  (Photo: Catedral Verde – Floresta Amazonica/Wikimedia)

The Amazon is one of the most intensely alive places on Earth. I won’t bore you with a rendition of its ecological services, nor its role in anchoring the planet’s patterns of rainfall. Nor will I recite the horrible things that may happen to us humans should it disappear.

Why won’t I? Simply, because no one can be scared into falling in love.

I think the Amazon alarmists are right in their predictions, but even if they were wrong, I would be no less ardent in my desire to protect and heal the Amazon. The majority of the population probably believes the alarms too; however, daily lived experience tells them they have nothing to worry about – so far, the destruction of the Amazon has not visibly altered their quality of life. The Amazon has lost at least half a million square kilometers of forest since the 1980s. How has that harmed you? One could make the argument that it has indeed made you less healthy, safe, or prosperous, but seriously, how many people think saving the Amazon will help with their next rent payment? To the contrary, Bolsonaro’s popularity attests to the perception that liquidating its natural wealth will help with the next rent payment (by boosting economic growth).

Environmental scare tactics aren’t working. Dire warnings have failed to motivate significant slowing of Amazonian destruction; indeed, under Bolsonaro, the destruction is accelerating. Facing the failure of current communication strategies, we could ramp up the alarm, or we could try something radically different. We could invite our society into a love affair with life.

Most people reading this will never visit the Amazon, and it is hard to love something in the abstract. Those most capable of loving the Amazon are its most intimate companions: the people indigenous to that place, the cultures who have lived in and with it for thousands of years. That is why rainforest conservation and healing must be in intimate dialogue with the people who steward the land. They themselves understand this principle; hence the concept Brazil’s Indigenous people use to describe themselves: “Cura Da Terra” (the Cure of the Earth).

Europeans and North Americans like myself may never have the chance to truly fall in love with the Amazon, but that doesn’t mean we can’t understand that love. We can connect to it through the places that we ourselves love. I am writing this essay at my brother’s farm, which over the years has become so deeply familiar to me that it has etched itself onto my mind and become part of who I am. This gives me a taste of the love that a culture may feel for its place when that relationship has developed over generations.

I recall also a childhood haunt, an undeveloped hill a few blocks from my house, the place where the street ended and the dirt path began. Forty years later I can still see it when I close my eyes. The path, the treeline, the giant pine, the blackberry bushes…they live on in my memory but nowhere else, razed long ago for more lawns, roads, and houses. The pang of loss I feel has nothing to do with the lost carbon sequestration of that land or anything else one could measure. Tiny though it is compared to the loss of the Amazon, nonetheless it suggests the enormity and the nature of the loss we face. It taps into the same grief.

The origin of that grief is the love of life innate to every human being. Wendell Berry has asked, “What is a human being for?” I don’t remember his answer, but there can be only one. We are here to serve life. That is what our innate love of life confirms. We are not nature’s big mistake, as some environmentalists quite understandably think upon surveying the magnitude of human destruction. Like all species, we were created with gifts necessary for the health and development of the whole. Civilization has not lived up to that sacred duty, but certain indigenous cultures show us its possibility. As Allan Savory has observed, damaged ecosystems often fail to recover when they are cleared of human beings. Our best action isn’t just to leave nature alone and abandon this Earth. It is to participate actively in the thriving of life; to protect life, yes, and also to regenerate life and join its next unfolding.

The Peruvian teacher Arkan Lushwala speaks of certain people being the “owners” of a place, a forest, a river, or a kind of animal or plant. What he means is the opposite of the modern idea of ownership; it is more like the place or species owns those people. They are guardians and caretakers; they are perhaps even parts of those beings, their human organs. What goes for individuals goes for cultures as well. To be indigenous means to be of place, not merely its inhabitant. To be of place is to be part of its family, to be married to it. How do families start? The first step toward recovering our indigeneity is to fall back in love with place.

Love of life is the guide and motivator of ecological healing on Earth. Next comes learning how to put that love into action. How do we do that for that most alive of all places, the Amazon? Drawing from our own wisps of love, we support those who love it the most; we support its family. We ask them what they need and how we can support their guardianship just as we would like support for ours. On the one hand, that might mean supporting organizations who work closely with Indigenous peoples there (see list at the bottom of this article). On the other, it means looking at how the modern world continues to damage the Amazon and all else that is precious. (I want to put in a word here for the Congo, the world’s second-largest rainforest, which is as least as severely threatened as the Amazon). In particular, we must transform the global debt regime that forces resource extraction, as countries like Brazil, Ecuador, Bolivia, and Peru must perpetually generate hard currency by exporting the rainforest in order to keep up with debt payments. It is tempting to decry a man like Bolsonaro as evil, but the current system begs for someone to carry out his role.

The banks, corporations, and individuals who profit from the Amazon’s destruction will not desist by us warning them of all the bad things that will happen to themselves. In their world, good things are happening to themselves – they are making money. As we go about the complex process of changing the system that not only allows, but encourages, profit from ecocide, we must also find ways to appeal to something besides self-interest. Remember that in all these institutions there are people just like you and I who were born to serve life. A part of them knows this, just as you do. It is from this part that courage arises.

Appeals to self-interest will not, of themselves, stem the Amazon’s hemorrhage. We must also invoke our love of life and the purpose of service that it points to. In doing so, we ally with those who love the life of the Amazon most dearly, intimately, and skillfully, who have held those ways and that purpose on civilization’s apparent margins. After centuries of colonization and “development” (trying to make them more like us), perhaps it is time for Indigenous peoples to develop us; that is, to develop our capacity to join them in being the cure of the Earth.

You can follow the conversation on #CuraDaTerra on social media.

Charles Eisenstein is a teacher, speaker, and writer focusing on themes of civilization, consciousness, money, and human cultural evolution. His writings on the web magazine Reality Sandwich have generated a vast online following, and he is the author of “Climate—A New Story” and “Sacred Economics“.