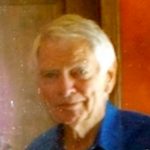 Joe B. Alexander, PhD. was born in Fort Worth, Texas, in 1936.  He was heavily influenced by an Uncle who served as a WWII  Army Artillery Officer in Europe and by a Boy Scout Master who had been a Marine.  As a psychologist in Hawaii, during Vietnam, Alexander was immersed in Hawaii’s support of the military during the 1960s.  Association with the military continued when he provided services as a a private practice psychologist near Ft. Bliss, TX., and later by contract at Minot Air Force Base and Ft. Riley, Kansas.

Alexander was part of the team that developed the orientation and program elements of the ten bed Irwin Army Community Hospital Behavioral Health Inpatient Unit at Ft. Riley, Kansas.