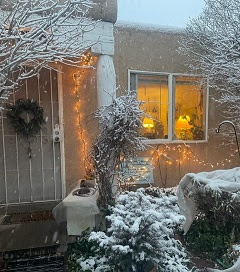 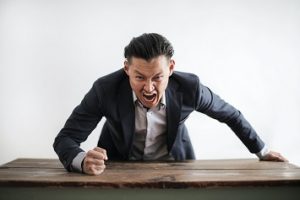 Where It Comes From, What It Does, Where It Goes

After months (and three issues of FWJ) investigating gentler ways of being in the world, we’ve concluded that the biggest elephant in the room now is Anger.

Everyone these days expresses anger in various ways.  The key difference is that in the past, expressions of anger were largely internal, passive, or even suppressed, but now they’re in your face.  The major question we’re asking is what’s the cause of all this ferocity?  We’re not just talking politics, though certainly political beliefs and resulting behaviors continue to fuel not just anger but rage.  The lack of affordable housing, inflation, homelessness, pandemics, and global unrest are major contributors.

For many years I’ve advised my counseling clients that anger masks fear, and that we fear what we don’t understand or feel we can’t control.  Anger in itself is just red energy, a volatile force that can be used for good or evil.  Anger can catalyze positive change if people manage to keep their heads and focus on the goal.  Righteous anger has fueled many great social movements, here in the US and around the world.  But people are not “keeping calm and carrying on,” not here or anywhere else.  The danger of this is that like any untreated wound, unexplored anger cannot heal.  Instead it causes systemic infection, eventually destroying the entire body.

FWJ Winter 2023 explores anger—its causes, effects, and trajectory.  We invite you to share articles, personal stories, poetry, or artwork illustrating your own experiences of anger—how it’s impacting your life and what you are doing about it.

Be sure to read our Submission Guidelines and email your submission (Word doc for text and jpg for images):

Note:  All previous digital issues of Four Winds Journal are available on our website under Journal Archives.   Click here to purchase the latest issue (or archived issues) in print.

FWJ Spring 2022 introduced the theme of Rematriation—a process of reclaiming the kindness, gentleness, and strength of the Feminine and reintroducing these principles into a world currently driven by toxic masculinity.

Our Summer Supplement takes the process a bit further as we explore some ways in which we can do this.  We’ll begin by observing how creatures most in harmony with Nature and the Divine Feminine—plants and animals—treat each other and compare that with how we humans treat them and ourselves.

The lives of plants and animals move at a slower, more measured pace than those of humans.  Darwinian theory postulates competition between and even among species, and business-oriented Western culture uses this theory to justify vicious competition in the market place, in school, and at home.  But in reality this is not so.  Plants, despite a popular paradigm, don’t compete with each other.  If a plant isn’t getting the right amount of sun, water, or nutrients in one place, it doesn’t seek to annihilate its neighbors—it simply moves to another spot (Stephen Harrod Buhner,  2014)  As for animals, an innate sense of balance governs their lives.  During my years in Galisteo, NM, I discovered that when food is plentiful, female cats will have more and larger litters.  When less food is available, the birth of kittens declines.  The same female who previously gave birth to a litter of eight kits might have only two in leaner times.  (This is true for other mammals as well, including raccoons, skunks, and coyotes, to name a few of the animals I’ve fed.)

We can learn a lot from observing the behaviors of the non-human others (Karen J. Warren, 2000) with whom we share this world.  What pleases our favorite tomato plant?  More sun?  More water?  How does our indoor-outdoor female tabby react to a spring snowstorm, in comparison with the feral tom who spent the winter in the garage?  What, in their loud and lively conversation, are those sparrows talking about?

FWJ Summer Supplement 2022 explores the lifeways of plants, animals, how humans relate to them, and how we can do so more empathically.  We invite you to share your stories with us. 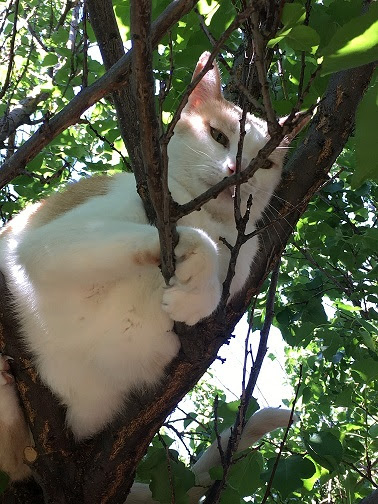 Today the world around us is filled with anger, hatred, distrust, violence, and fear—emotions specific to our culture’s patriarchal focus on power and greed, emotions antithetical to the energy of mothering.  Yet we still retain the memory, no matter how dim, of motherly love on some level.

Where does this come from? How do we know?  Is there a spark of the Divine Feminine—the Great Mother—alive in each of us?  What if we applied this inner knowing to our world and the human and non-human beings with whom we share it?  What might then be possible?

We will explore this question in the Winter 2022 issue of Four Winds Journal through a process we call Rematriation, reconnecting ourselves and each other with the energy of the Mother in all realms of existence.   We look forward to sharing this journey with you.

Submissions deadline is extended through January 31, 2022

How to help Colorado Wildfire Victims 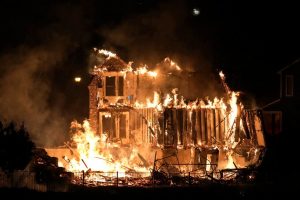 Donate to the following community organizations:

Donate $1, $5, or $10 during Checkout at Natural Grocers on St Francis Drive, Santa Fe, NM  (their home office is in Colorado) 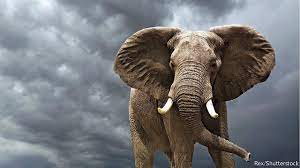 Four Winds Journal invites you to submit your articles, poetry, or artwork for our Fall issue:  Healing a House Divided 2:   Social Profiling as Polarization.

Find out more about this invitation here:

Elephants in the Room!

We look forward to hearing from you! 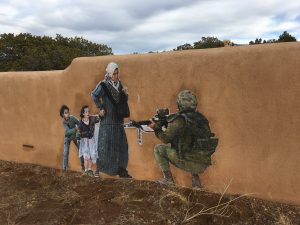 I’ve watched the ethnic drama unfolding on Old Pecos Trail for over a month now.  It’s been rather like watching kids on a seesaw.

First a property owner who supports pro-Palestinian commentary, Guthrie Miller, allowed the Navajo artist Remy to erect a mural depicting Israeli troops threatening Palestinian women and children on the wall surrounding his property.  Then some neighbors objected and started ripping down Remy’s powerful images.  I was accosted myself when I arrived to take photos shortly after the images appeared. The young mother who stopped me wanted to know whether I was responsible for the images.  When I told her no but I appreciated the message, she informed me that “this sort of thing should be displayed downtown or somewhere else—not in a neighborhood where it can upset children and young families.”  Hoping to arouse her sympathy, I noted that her own children were about the same age as those depicted and said so—but that comment fell flat as a burnt pancake, so I let it go, continued shooting the photos, and the “young family” departed in a cloud of righteous indignation.  Next the City of Santa Fe ordered Remy’s art removed from Miller’s “historic” property.  All but one of the images had been torn down by then—there wasn’t much left to remove.  Then a few days later, a banner (made out of a sheet and painted in the colors of the Palestinian flag) appeared:

After that, there was about a week of silence while Miller apparently initiated an appeal to reverse the City’s decision.  And today, as we drove past the controversial site, the entire mural was back up, thanks to the efforts of Miller, Remy, Jewish Voice for Peace, Friends of Sabeel, and Red Nation from Albuquerque.

I have no idea who’s going to win this battle, but I do applaud it, on four points.

First, highlighting the plight of Palestinian women and children in the face of Israeli oppression does not constitute anti-Semitism.  I was raised Catholic.  That doesn’t make me someone who hates Jews, though I do happen to be someone who deplores and resists oppression of any minority in any form.

Second, if the Navajo artist Remy sees a correlation between the oppression of the Palestinians and that of his own people, he has every right to express his views.  Anglos have suppressed Native beliefs, religion, and practices for centuries—six centuries to be exact, ever since 1492.  High time someone spoke up about it.

Third, what happened to free speech?  Just as Remy is entitled to express his views, so too is Guthrie Miller, on whose property the mural appears.  Should the opinion of his neighbors (several of whom, I dare say, have pressured the City’s historical preservation society to address their complaints) outweigh his right to speak out in his own way?  After all, he didn’t urge Remy to put the mural on his neighbors’ walls—only on his own.

Fourth, and finally—citizens of the City Different (my home for the past 30 years) now have an opportunity to engage in an honest and open conversation about differences—who is “different” from whom, and why?  For decades Anglos, Indians, and Hispanics have danced around the issue of who got here first and who gets to make the rules.  Thanks to our Mayor Alan Webber, the Entrada standoff was eventually and peacefully resolved—perhaps not to the liking of all parties, but as Abe Lincoln is said to have stated:  “You can please all of the people some of the time, and some of the people all of the time.  But you can’t please all of the people all of the time.“

Humans are tribal by nature.  Tribes have many faces:  there are tribes based on skin color, on religious practices, on cultural background, on wealth (or the lack thereof), on politics, ethnicity, professions, etc..  As a mixed blood person, I belong to several tribes myself:  I’m Irish, Scots, French, and Native American.  I’m a former Catholic, a “born-again” Pagan, and a shamanic practitioner.  I’m an artist, author, publisher, psychologist, healer, wife, mother, grandmother, and so on.  Which group, should I choose to do so, would I affiliate with?  Who would be “my people?” 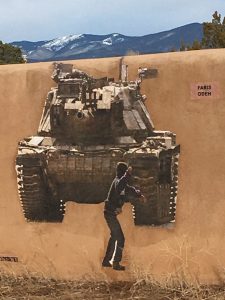 Wake up, Santa Fe.  We’ve become much more than we were 30 or 50 or 300 years ago.  We are truly a melting pot now, with more people coming as the world around us changes.  It’s past time to acknowledge our responsibilities as global citizens—not as Jews, Palestinians, Natives, Anglos, Blacks, Christians, or anything else.  The world’s children, no matter where they are, are as much our responsibility as that of their parents. When one is hurt, we are all hurt.  It’s time to listen to each other, not just with our ears but with our hearts—to truly hear each other, to acknowledge the cultural pain and begin to heal the generational wounds we have all sustained.

This issue—third in our series on Sustainability—is one you won’t want to miss!

Four Winds Journal (FWJ) Spring/Summer 2019, Voices for the Earth, features provocative articles, poetry, and art work exploring sustainability through the eyes of First Nations people, women, animals, and other sensitive souls.  The writers and artists whose work you will see here have each chosen a voice, and all speak for the Earth in powerful ways.

Call or email us: