It is important to know that our legislators have our backs.  To that end, we are sharing a letter from Senator Martin Heinrich (Democrat, New Mexico).  Many thanks to the Senator for this encouraging response to recent events. 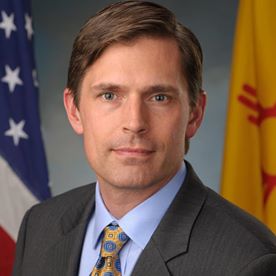 Like many New Mexicans, I am sickened by an administration that now poses dangerous threats to the values and freedoms we all cherish.

During his first week in office, President Trump ordered an unraveling of the federal workforce, floated the idea of bringing back the CIA’s use of ‘black site’ prisons and torture, imposed a gag order on federal agencies, ordered construction of a wall along our southern border, and revived the Keystone XL and Dakota pipeline projects.

All of this culminated with an executive order blocking refugees from around the world from entering the United States, including Hameed Khalid Darweesh whose life was in danger in his home country due to the work he did to help the U.S. military.

We are not a nation that turns our back on the innocent victims of terrorism or the allies who risked their own lives so that American soldiers may live.

We are not a country that discriminates based on how you pray.

President Trump’s reckless actions seek to turn us into the kind of authoritarian nation that we have always stood against. This is not greatness, in fact, this is un-American.

Our immigrant communities have helped to write the economic, social, and cultural story of America. I know this firsthand. My own father is an immigrant who came to America as a boy to escape Nazi Germany in the 1930s.

I’m familiar with the promise America represents for families. I know how hard immigrants work, how much they believe in this country, how much they’re willing to give back, and how different my own life would be if America had turned my father away.

I will not stand aside as the values that created the greatest nation on earth are trampled.

Together, lifted by the incredible spirit of the American people, we will fight back against injustices and build a better future for our children and all future generations.